"This is the biggest joke, I've ever played on ourselves"
Vrh

In contrast to these esoteric views, in an article called The case against DMT elves James Kent argued for a more sceptical view and he presents some intriguing ideas that deserve to be explored further. He attempts to explain the phenomenology of DMT in terms of its chemical and psychological effects on the brain. The details of his proposed explanation are somewhat complicated so I will present only a brief summary here. DMT, like other classic psychedelics acts at serotonin (5-HT2A) receptor sites, which produces disruptions in the visual processing system, resulting in hallucinatory phenomena. Kent offers an analogy of tampering with the software of a computer screen. Small changes in the programming code can drastically alter the output of the screen, e.g. producing flickering, blinking, even recursive fractal patterns. This hardly means that the screen is now receiving signals from another dimension. Even small disruptions can produce chaos. The same effects may occur in the human visual system. That is, DMT alters the way the visual system processes existing inputs, and hence there is no reason to assume that it opens an input channel into another universe. Kent argues that psychedelics hyperactivate what he calls the imaginal workspace. The imaginal workspace is highly active during dreaming and is mistaken for reality. Under the influence of psychedelics, sensory inputs are overloaded and it becomes difficult to distinguish between input from the “real” world and input from the imaginal workspace. He argues that people have a natural tendency to perceive anthropomorphic shapes in random data, e.g. seeing faces in random patterns such as inkblots. DMT produces extraordinarily intense kaleidoscopic visual imagery, and Kent argues that it is natural that anthropomorphic images will emerge that become more detailed as the person “dreams” them into focus. These emerging anthropomorphic entities then, not surprisingly, communicate using data from the recesses of the person’s own unconscious mind. In short he says, the combination of the over-excited visual system combined with one’s imagination produces entity contact.

He is also sceptical of claims made by Strassman and others that people on DMT visit “free-standing realities.” He argues that under the influence of DMT the brain attempts to make sense of chaotic visual stimuli, and because the patterns and images are so alien to normal experience, the brain then constructs visions of alien landscape inhabited by equally strange entities. Contrary to claims that the landscapes seen to remain consistent and stable over time, he argues that the DMT worlds are fleeting, ephemeral, and constantly morphing, lacking a solid and consistent structure. He thinks that people romanticise the DMT state and “editorialize” their experiences. That is, they reconstruct their memories to produce a more consistent narrative. Hence, people might have the subjective impression of visiting the same landscape on different occasions when in fact the scenes are much fleeting than they think.

One of the more intriguing claims Kent makes is that with practice he was able to control the DMT experience to some extent. He claimed that he was sometimes able to call entities into existence and to evoke specific imagery. This is in contrast to claims by other users who expressed that they were seeing things that seemed objectively and clearly present.

Some of these claims are open to the possibility of empirical investigation. For example, to test the claim that users visit “free-standing realities” as opposed to more ephemeral scenes, users could keep a diary of their experiences which could be checked for consistency over time. As I noted in my previous post, a person’s memory for even the most dramatic and unforgettable events tends to become embellished and distorted with the course of time, often in ways that reflect a person’s ideas of what ‘should’ have happened rather than what actually did. Therefore, use of a diary would make it possible to compare a person’s immediate memory of their experiences with their longer-term recollections to see if they distort their recollection of events to form a more coherent narrative. It would also be interesting to know what proportion of users actually claim to visit such “free-standing realities” and whether there are commonalities between people’s visions, or if each person’s vision tends to be unique.

The tendency to perceive meaningful patterns in random visual stimuli is known as apophenia. Individual differences in this tendency have been linked to personality characteristics such as magical thinking and the trait known as absorption (the tendency to readily become immersed in inner experiences). If it is true, as Kent claims, that people see entities because they are imposing meaning on random patterns of visual scenery, then people who encounter entities might have different personality traits compared to people who do not encounter them. A number of experiments have shown that people who are prone to magical thinking, and who are high in the absorption trait are more likely to perceive meaningful patterns in random visual stimuli (van Elk, 2013). As I have noted in a previous article, people high in the trait of absorption also tend to have stronger responses to the psychedelic drug psilocybin, so they might also have a more profound response to DMT, and be more likely to be convinced of the reality of their drug-induced experiences. Apophenia is also correlated with paranormal beliefs, such as belief in ESP, precognition, and communication with the dead (van Elk, 2013), so it would also be interesting to determine whether people who hold such beliefs are more prone to entity experiences compared to those who are more sceptical.

Additionally, people high in absorption and related traits are also more likely to report that they have ever experienced a sense of being in the presence of an unseen entity, even when not on drugs (Thalbourne, Crawley, & Houran, 2003). Research suggests that sense of unseen presence experiences are related to unusual activity in the temporal lobe of the brain (Persinger & Valliant, 1985), a point also noted by Kent. Perhaps DMT studies incorporating neural imaging could be performed to determine if entity contact experiences under DMT are related to temporal lobe activity.

Kent’s claims to be able to control the content of the DMT experience to an extent also may be worth investigating. A number of reports of entity encounters I have read suggest that many people have experiences they find overwhelming and that they feel powerless to control what is going on. This sense of lack of control might perhaps be related to the setting in which the drug is taken, the state of mind of the user, or even their amount of experience with DMT. It would be interesting to find out if it is possible to train people to exert control over their experiences and what impact this might have on the quality of the experience. For example, if people succeed in exerting some control over their visions, would this result in a more positive experience? Or would the exercise of control detract in some way from the natural spontaneity of the experience?

Serious proposals have been made for testing whether the “alternative realities” perceived under DMT and the entities that inhabit them objectively exist (Rodriguez, 2007). These would involve DMT volunteers asking the entities to provide information that the volunteer could not know. For example, in one proposed experiment a DMT user would be given a large multi-digit number and asked to request that the entities break the number down into its prime number factors. If this was successful, it would provide plausible evidence that it is possible for people to obtain genuine new information during the DMT experience, which would provide some support for the notion that DMT allows people to perceive an objectively real place. Admittedly, performing such experiments might involve a number of difficulties, and as far as I know, these have not yet been attempted. In the meantime, I would suggest that although speculations about “parallel realities” inhabited by unknown intelligent entities might seem intuitively satisfying to some, such speculations are problematic from a scientific perspective because they involve major assumptions about the nature of reality for which there is currently no corroborating evidence. Therefore, I would argue that investigating the neurological and psychological correlates of the DMT experience might be more fruitful than embracing mysticism.


But I wanted to get a second opinion, so I also contacted Dr. Bryan Yamamoto, a professor and Chairman of the neuroscience department at the University of Toledo, to ask the same question. Yamamoto, who holds a Ph.D from Syracuse University, agreed with Viskontas. He wrote, “I know of no evidence that DMT is produced anywhere in the body. It’s chemical structure is similar to serotonin and melatonin but their endogenous actions are very different from DMT.”
Everything you can imagine is possible.

The present findings support the claim that ayahuasca has therapeutic potential and suggest that this potential is due to an increase in mindfulness capacities.
Everything you can imagine is possible.

[i]In contrast to these esoteric views, in an article called The case against DMT elves James Kent argued for a more sceptical view and he presents some intriguing ideas that deserve to be explored further. He attempts to explain the phenomenology of DMT in terms of its chemical and psychological effects on the brain. 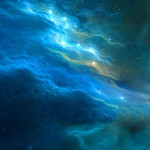